We all decided that an Adventure trip to Seel Park was a good idea. The day was warm, but overcast – a great day for adventuring. The four intrepid explorers Mia, Alfie, Millie and Lois set of with rucksacks full of provisions enough to see them through. We set off a little before lunchtime hoping to make base camp by the time we needed food.

It was a long, first treck for Lois’s little legs but we were in high spirits. It was a challenging journey up Chapel Close, through the dangerous gully, which borders Ray Shaw’s and then across the dangers of High Field Close before we reached the edge of the great wilderness of Seel Park. There were many dangers, but our trusty dog Belle helped ward off any trouble. Little Lois particularly found the trip hard but she walked every step of the way.

We scaled the slope up to the playground area and found an ideal place to set up base camp. When we were settled, the kids left the lady of the house and me to set up the tent and establish camp while they ran off to investigate the surroundings. They found plenty of things to keep them occupied! 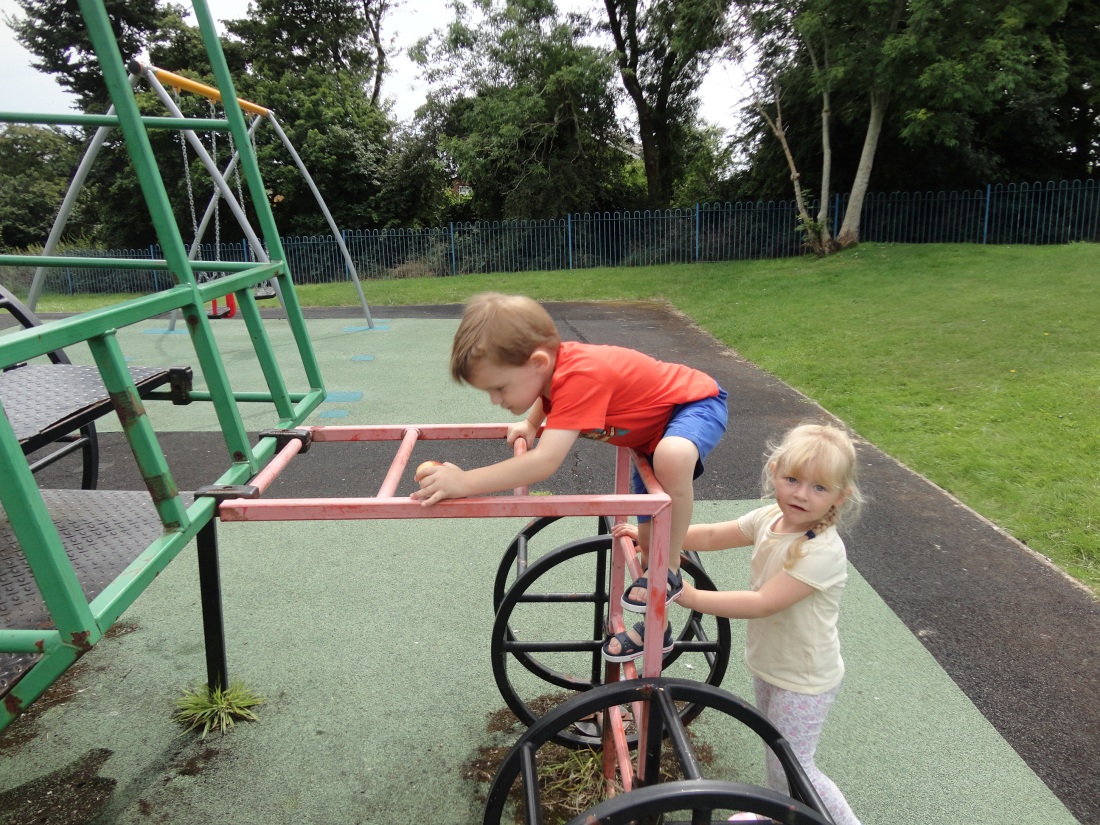 When base camp had been established, we called the kids for lunch and rucksacks were opened and the plentiful rations were consumed quickly. We had fun!

After lunch it was back to climbing, swinging and spinning. The mood in the camp was good and Team Leader Mia was, as usual, kindness itself watching over the younger ones, helping, encouraging and keeping them as safe as possible. 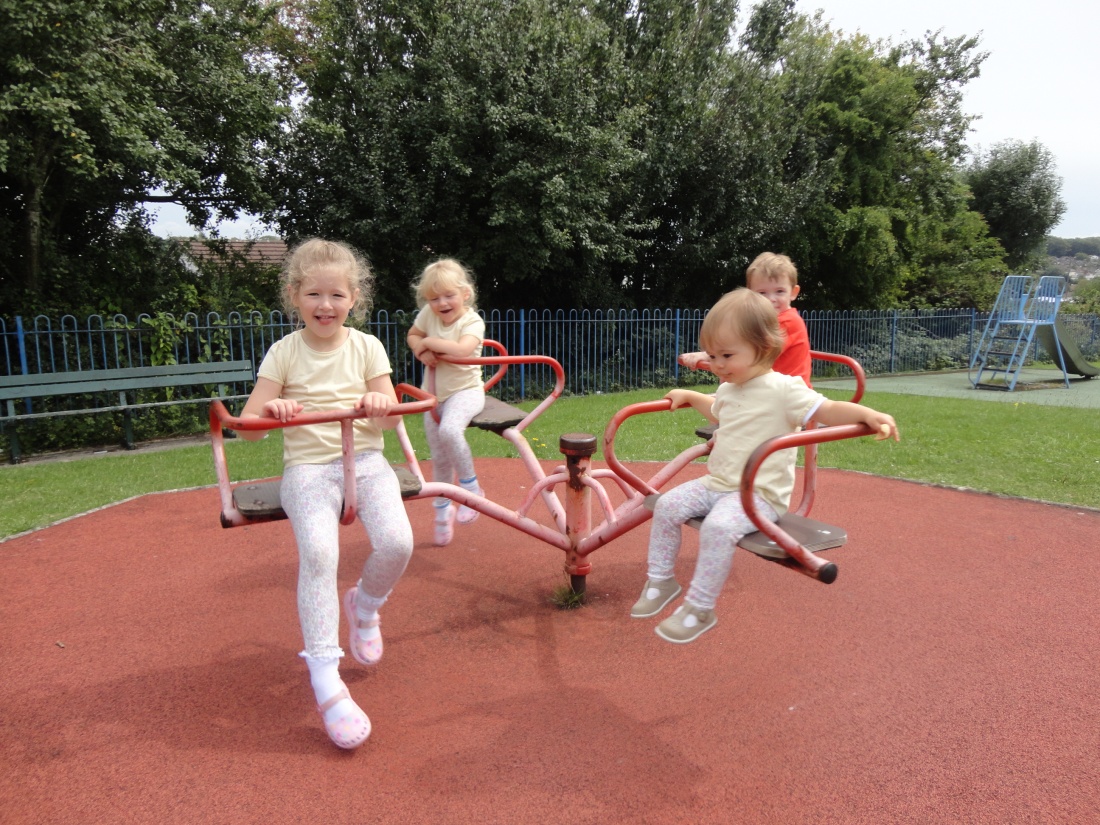 The lady of the house watched on nervously as the little ones climbed, slipped from time to time and took risks to improve their performance, and they had the most wonderful time.

Greying skies overhead forced us to make for the jungle sooner than we had expected. Little Lois was left behind in base camp while Mia, Alfie and Millie guided by Sherpa Rog took off. We had left our bags and anything that would slow us time back with the support team led by Nanna Newberry.

We left the field and entered the jungle slowly, we knew not what dangers lay ahead. Feeling confident Alfie and Mia ran ahead, Millie preferring to stay near her guide. She let out several ear-piercing screams as she saw ‘bugs’ and once even saw a dreaded butterfly. Alfie, as usual, found a stick for protection. We walked a long way down, the green undergrowth was thick and made things quite dark and scary at times.

Several times we reached a fork in the track and the little ones looked for guidance.

Eventually we made to the bottom, where we found a locked gate with barbed wire blocking our progress. Undaunted, we took turns at climbing over. We all helped keeping the brambles away as we overcame this obstacle. Disaster struck as we reached to top of the field looking for a return to base camp. There was no way through, so we had to retrace our steps, climb over another locked gate before heading up another field. 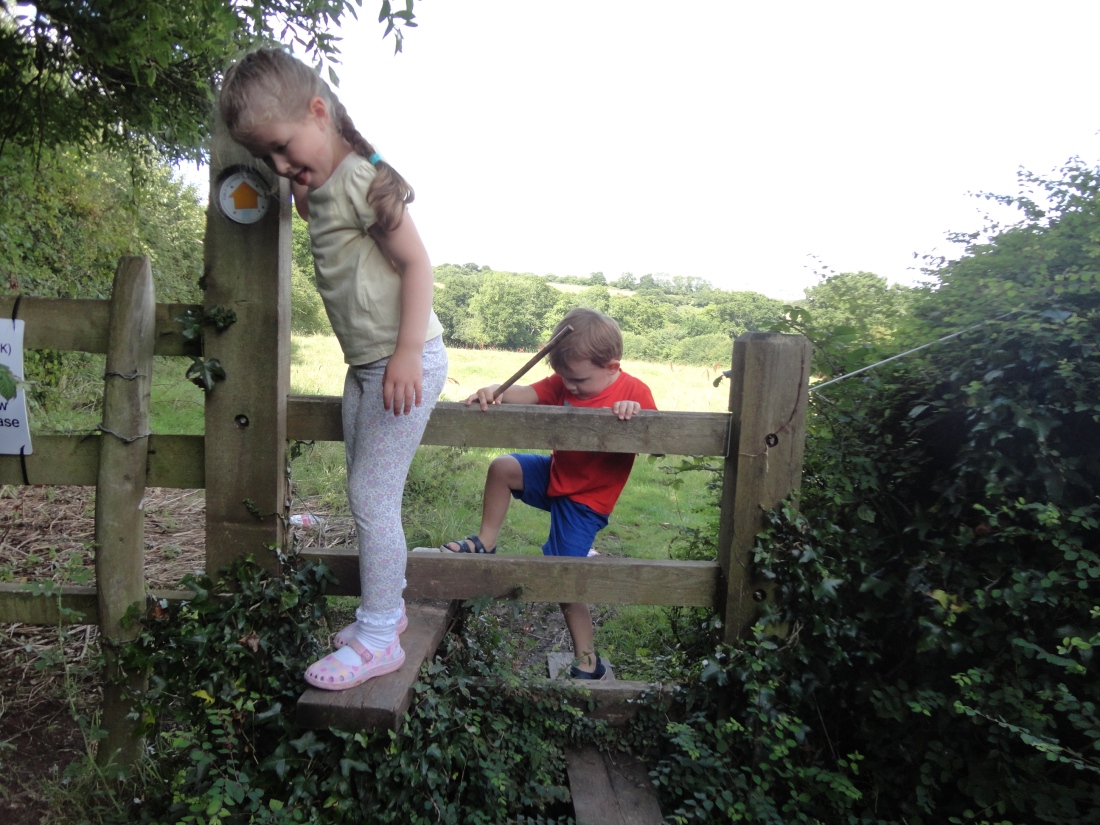 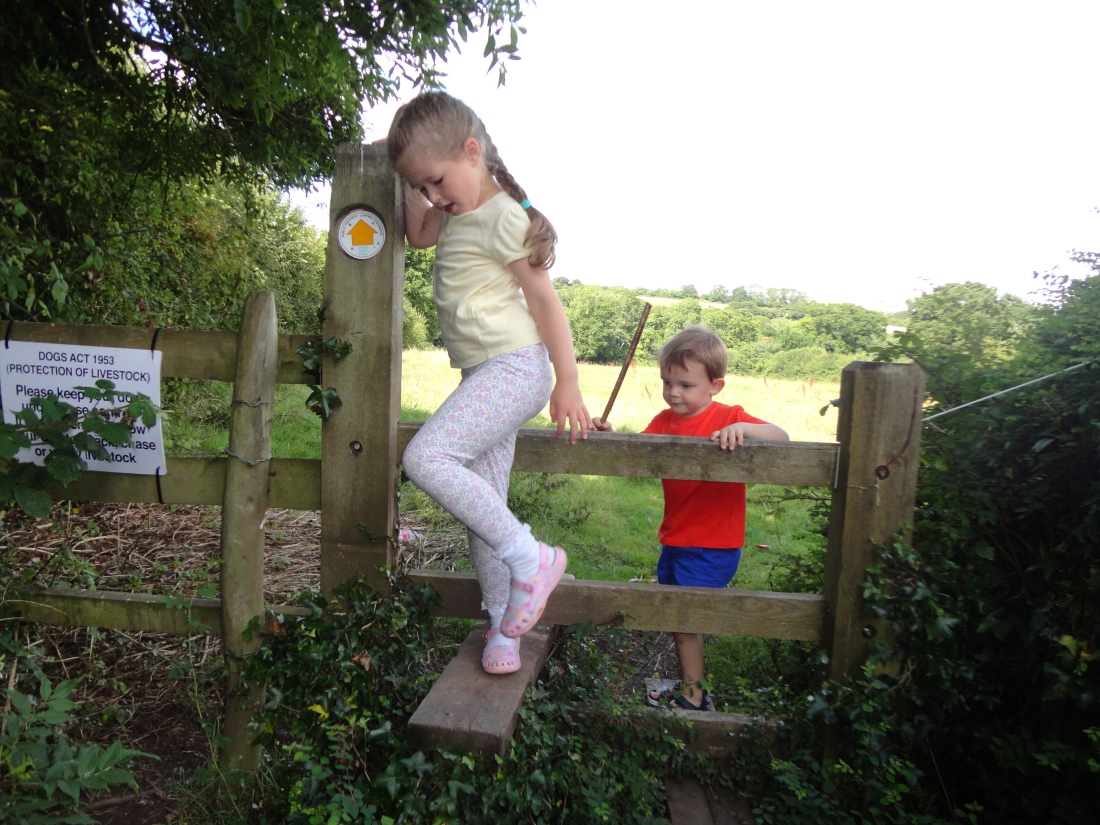 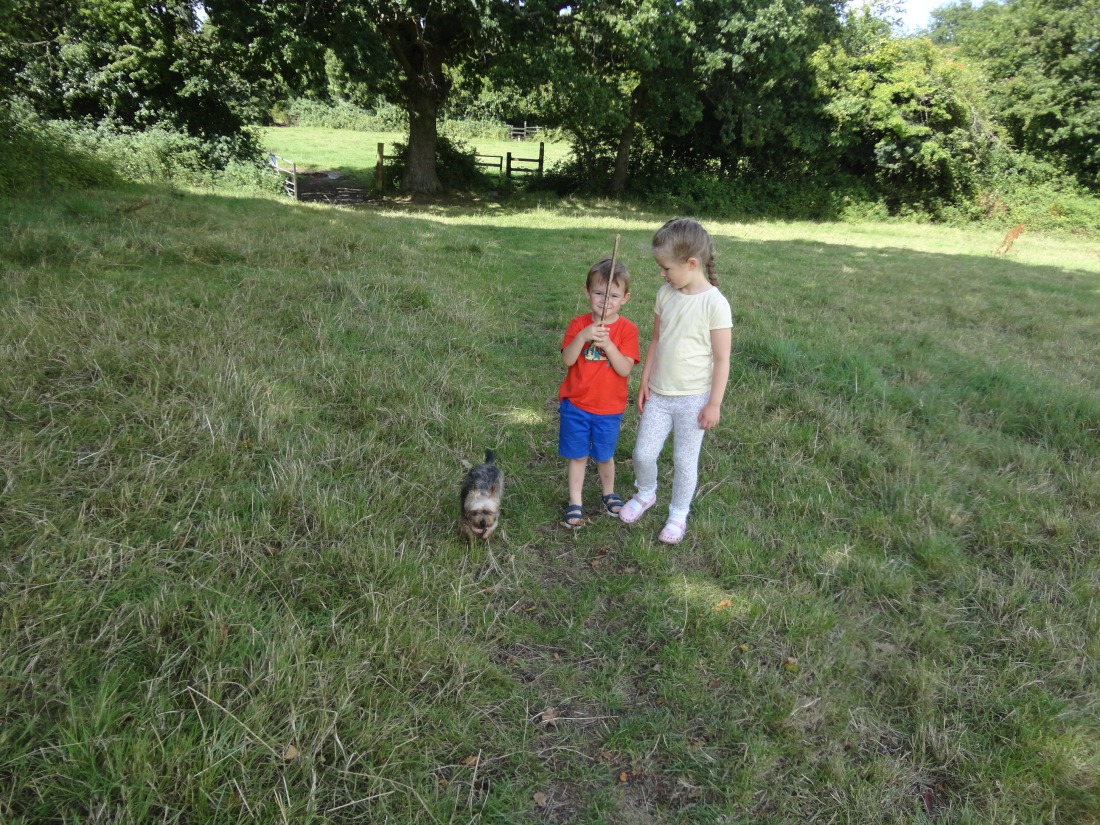 We crossed several dangerous stiles, before we saw base camp away in the distance.

The reunion was sweet with so many stories to tell.

Back in HQ the explorers were weary but Millie had just enough strength to build herself a cushion bed before drifting off to sleep to dream about jungles and thorns and bramble and bugs.