I attended Howardian High School in Cardiff from 1962 to 1969. It was a great school in many ways because it just caught the end of a very traditional style of schooling.  My mother was immensely proud when I passed the eleven plus examination and was given a place at this hallowed institution.

Howardian High School was founded in 1885, in Howard Gardens, in central Cardiff. Hence the name – although at the time it was called the Howard Gardens School for Boys, and it did not come to be called “Howardian” until later. It was built at the height of Cardiff’s expansion, as the busy docks and other heavy industries drew migrant workers in.  The school building was destroyed by ‘enemy action’, that is to say, explosive devices dropped by young German lads flying overhead in propeller-driven aeroplanes in 1941. A number of other buildings were blown up or burned down in what was at the time a heavy programme of bombing. Cardiff had massive dockyards, which played an important role in keeping the wheels of industry turning. Presumably the eighteen-year old kids in their Messerschmitts were aiming for the docks, and missed by a mile or two. So the solid school building was laid waste after only half a century.

The School as an entity survived and migrated to new premises. A new girls school had been almost finished just before the war started in 1939, on a green field site in a suburb called Penylan. In the reconstruction after the war, Howardian High School moved in. It was still a boys school at that time. Later, to accommodate the growing numbers of pupils, a typical 1950s building was erected on high ground nearby, in 1953. The boys moved into the new construction, and the girls eventually moved into what was then an old building – about fifteen years after they had originally planned.

In the 1980s, the local government decided that the falling numbers of pupils meant that the school was surplus to requirement. And it had large tracts of playing fields that would fetch a good price in the property market. So they took it. Smash and grab. They smashed the school to rubble, grabbed the land, and annihilated the institution of Howardian High School shortly after it had celebrated its hundredth year of existence.

The closure of such a great school is to Cardiff’s shame!

When I was there, the masters wore gowns; we stood up when a teacher walked into the room and took our outdoor shoes off when we arrived in school and wore plimsolls all day. Boys were regularly caned even for minor misdemeanors.

The Headteacher was a man called Archibald Sinclair and the deputy was Illtyd Lloyd, but we only ever knew him as ‘Slinky’. We feared him more than the devil himself. I am sure he was a lovely man and a great teacher, but we small boys were scared to death of the man whose room was on the balcony above the main entrance. It was outside his room that the canings took place. 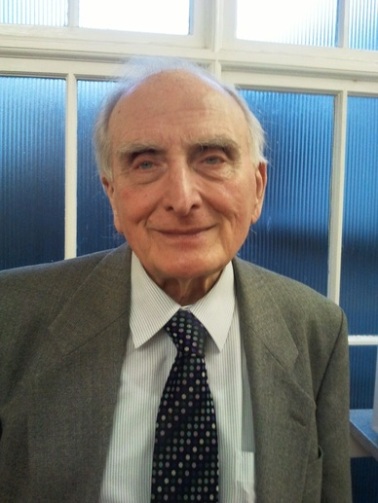 The school hall was adorned with shields from the great universities of our nation. Assemblies were conducted in the main hall, which had a huge organ with massive speakers built into the walls. We sang from a hymn book called ‘Hymns of the Kingdom’. Howardian had a separate dining hall where we would eat lunch. The older boys would serve. Before we ate we would stand and recite a Latin grace. I learnt the words as a young eleven-year-old lad; but until today (10th January 2014) I had no idea what they meant!  It was though, a grace that I repeated countless times as a teacher – but never whilst preparing to eat. If ever a child or children misbehaved or frustrated me in any way, I would close my eyes slowly, whilst breathing in deeply through my nose. At the same time I would raise my eyes and stare at the ceiling before uttering slowly and clearly…

The effect was always amazing.  It eased tensions and brought a smile from young and old alike. I found out today whilst Googling that it as a Latin grace said prior to the meal at formal and celebratory dinners. The meaning is loosely translated to:

“Blessed is He and may He bless this food through Jesus Christ our Lord”.

Apparently, the closing grace would be

For a generation of children who were under my care, I am sure they always imagined I was calling on the Almighty to pour down fire and brimstone upon them. Sorry kids – but we had fun!

The truth is out!